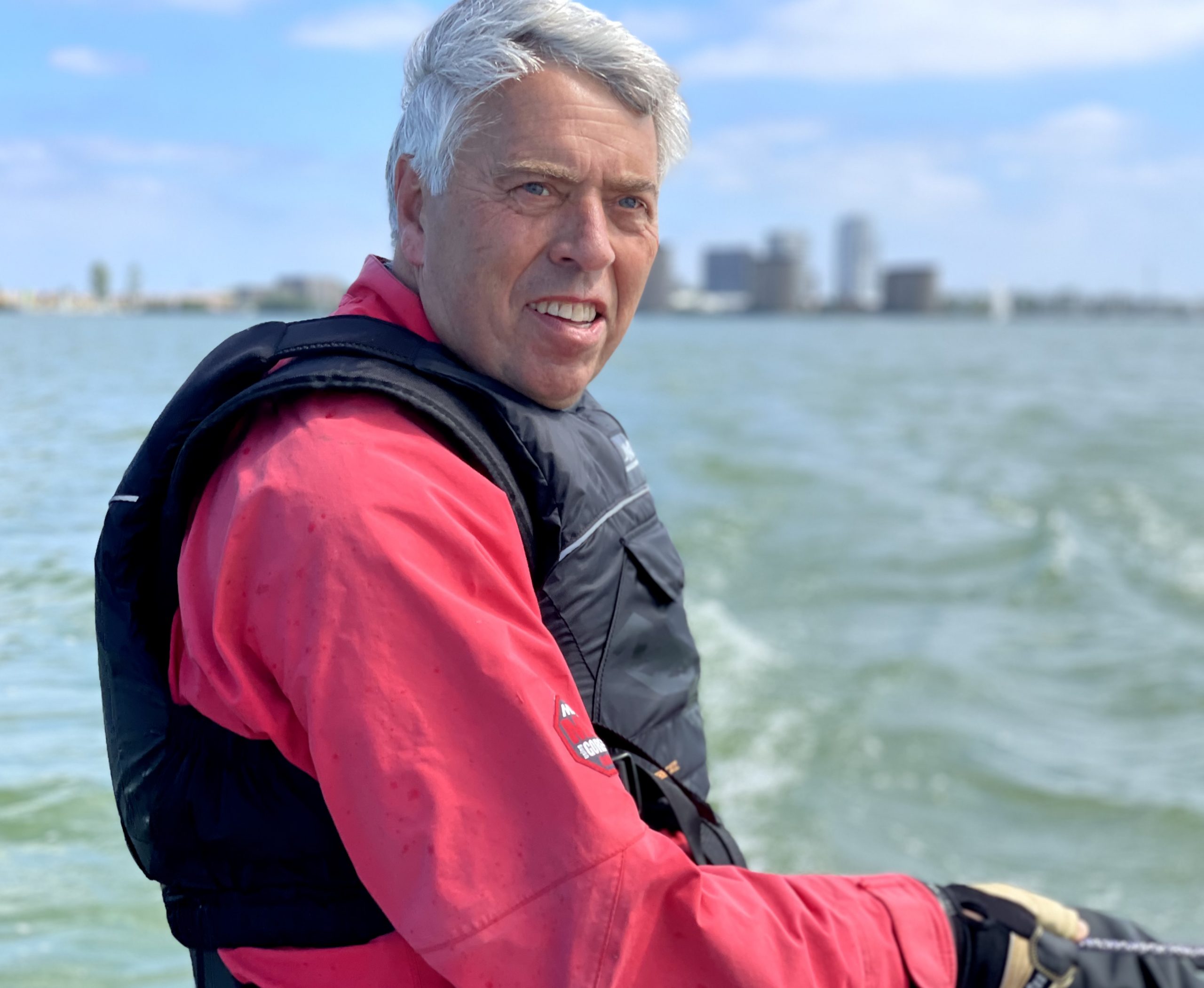 Peter has been important for my career. Many years ago I was parachuted into Triodos by the Supervisory Board. I was told to help the sustainable bank with their middle long strategy process. During our first meeting I told Peter that I was not impressed by their 20% growth figures, I heard myself say: “ABNAMRO has got 10 times more co-workers in their ICT department than Triodos in total and the Rabobank invests already more in green than Triodos Bank. So what am I here for?” He didn’t throw me out. We had a wonderful dialogue about increasing their impact in the world. It was not about growth. It was about impact and being the example for others. And it was the start of a wonderful relationship.

We meditated in the hall of the bank with all the board members and key stakeholders, build challenging scenarios, went to Brazil with the future leaders of the bank in our Visionary Leadership Program, organised yearly beautiful meetings with 100 co-workers all over Europe and the bank kept growing and increasing their impact. Triodos Bank developed under his leadership from a small Dutch banking initiative, operating in a niche, into the European value-based frontrunner bank that they are today. With human dignity at its core. Because of him I grew as a consultant and a coach. We had conversations that were hard to follow about horizontal and vertical alignment but they were always inspiring and full of energy.

We both are keen sailors. His Tornado catamaran is way faster than my Star so we always went with his boat. But for fast sailing you need presence. Within minutes after pushing the boat afloat, it was clear to me under how much pressure Peter was: he was steering fast or didn’t know where the wind was coming from and we were slow. Then we talked about the bank, our challenges and what happened in the world. Or he gave me the rudder, told me to sail fast and enjoyed the ride.

Early in his twenties he refused to go into the army. As an alternative he was allowed to do social services at Triodos Bank. Now 41 years later and leading the bank for more than 25 years he has impacted society and many careers immensely. We keep sailing and last weekend he steered the boat as fast as I did Strava told me. And that pisses me off.