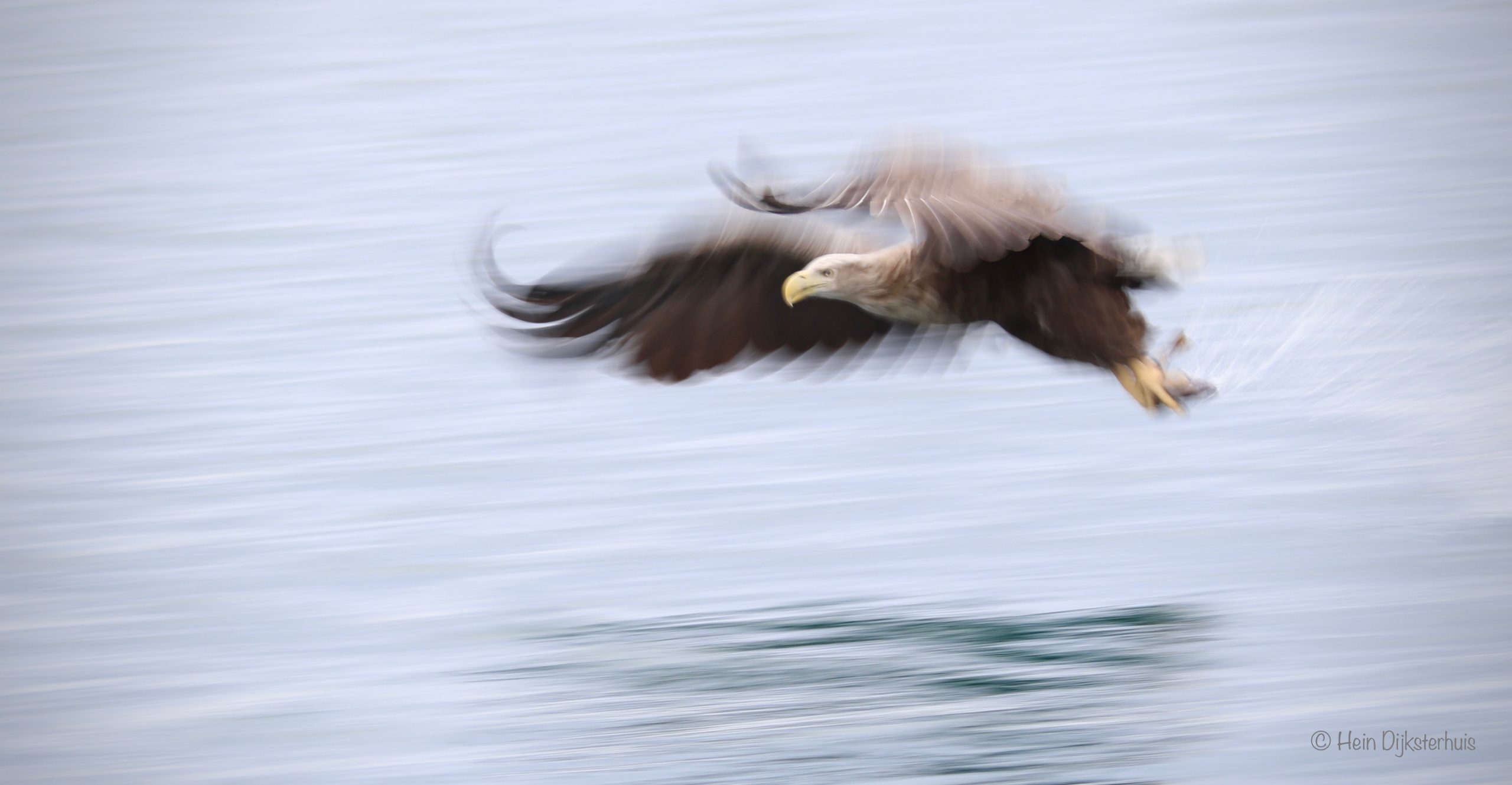 The conditions for creativity set

Six days in Norway brought back the best in me. Gout attacks and unforeseen side effects of the medicines, took me away from my path the past months. I hardly recognised myself. Luckily I offered last fall to my Global Leaders Academy colleagues Sue and Kent to organise a workshop with Jan van der Greef. He is the World Wilde Life Photographer of the year 2018, a wonderful soul and able to make astonishing shots from a wheelchair. Last Tuesday it was time to fly to Lauvsnes.

The workshop was called: ‘Intuitive and artistic photography of eagles and gulls.’ Together with Ole Martin Dahl -captain of the boat, eagle and gull lover- Jan sets an environment where creativity soars. Already the first evening after we landed, we surprised ourselves with the pictures we took. And during the following days it didn’t stop.

Ole is extremely skilled to place the boat at the right spot to make pictures of eagles picking up frozen fish that he had thrown in the sink a minute before. Jan tells us shutter times, ISO numbers and aperture openings. They both know the fjords well and are able to direct us to the most amazing backdrops. At first we wanted to make beautiful, well reasoned pictures. But soon it became clear that the eagles are fast and the gulls intrusive. I just needed to make pictures along the quote: ‘Fail often to succeed sooner.’ So I made thousands of pictures and deleted hundreds. Back home in the cottage it felt like treasure hunting: ‘What have we got?’ We had to follow our intuition and were stimulated to experiment.

Jan challenged me to make shots with a 1/8sec shutter time (after I did the 1/3200sec that are almost always fine). That increased the number of deleted pictures significantly. But there were some very nice ones too. It felt like painting with light. The above picture is made with a 1/30sec long shutter time and that emphasises the speed of the eagle. By panning the camera and focussing on the eye of the bird the head is reasonably sharp. This took me by surprise and I felt happy with the result. The rest of the days I was absorbed in making pictures like these. I have never felt so creative.

Now it’s time to transfer this creativity to my other work and the challenges humanity is facing. I’ve found out again that we all are capable of much more than we tend to think. As Joseph Jaworski told us in the masterclass Theory U: The door is opened and the caged eagle soars (John W. Gardner).

Innovation Passion for Performance Theory U No Comments
Next Post