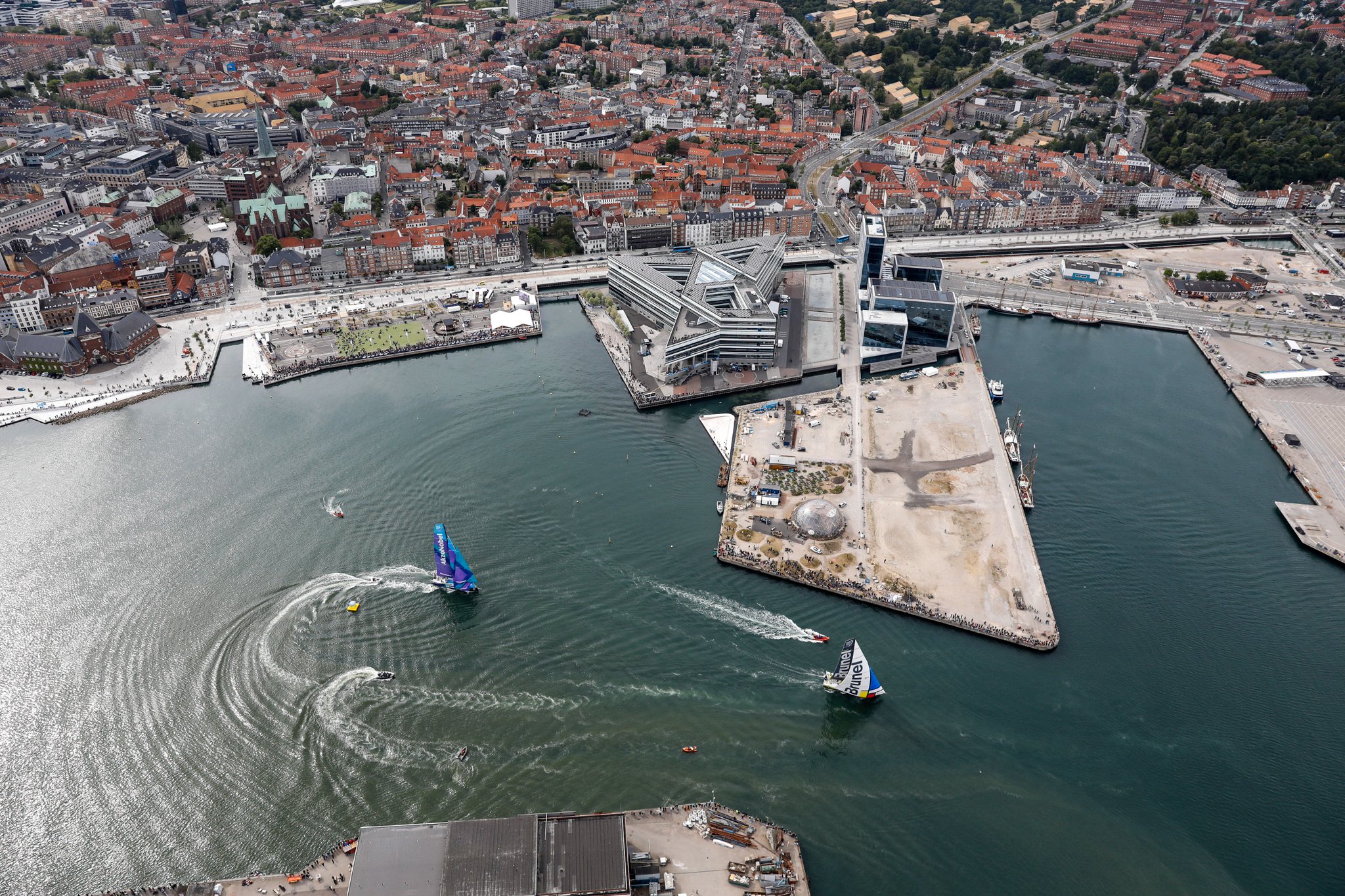 This afternoon Brunel and AkzoNobel rounded the mark in Aarhus Denmark (picture). It’s the final leg in the Volvo Ocean Race (VOR). It’s a tie between three boats: Mapfre, Dongfeng and Brunel. The one who will finish before the other two will win the race. After nine months of sailing it’s a thrilling final. Brunel is sailing 23 miles behind the two red boats and it will be a challenge to overtake them. I just got a call if I want to watch the finish from up close: in the boat with the Dutch Olympic coaches. So I’ve packed my gear and leave my phone next to my ear not to miss the call to get ready. In sailing, you never know when they will finish. Luckily I live close to Scheveningen and drive a fast car.

In my book Passion for Performance I didn’t write a chapter about teamwork. On purpose. I wanted to wait for the finish of the VOR because these guys and girls really experience teamwork at another level than the Olympic sailors. Day and night they have to live together. Peeing in bottles, no showers for 17 days, intense heat and freezing cold, extremely intense and very boring at times and dealing with all their own emotions and those of the other 8 people on those 10 square meters.

I will write another chapter (or article) about teamwork and sailing inspired by the VOR. Today I found the structure for that article. It’s the 5C model by Peter Hawkins:

What I like about it is that it goes beyond the internal team dynamics that most theories enquire into. It addresses the outside environment of the team and the team itself (inside) and it incorporates the task and the process orientation while having team learning is at it’s core.

Soon, I will dive deeper into the different campaigns to give more clarity about teamwork, but I like give a shot ahead (as we say in Dutch):

Commissioning:  is the part AkzoNobel has been struggling with: it even led to firing the skipper the week before the race and taking him onboard again a day before the start. Not ideal to win races or to perform well. But the skipper had so much adrenaline in his veins that he sailed the first leg well, one crew member short and a few people new to the team.

Clarifying: Turn the tide on plastic wants to perform well but more important is to sail with and develop youngsters and to raise awareness about the mess we create in the oceans. They have formulated their own additional KPI’s. Simeon (skipper AkzoNobel) knows he is not the best driver on board. He is fully happy with that fact and assigns clear roles to all. He doesn’t have to steer the boat while finishing.

Co-creating: Volvo decided that teams had to take females onboard. This had consequences for the team dynamics: Scallywag lost their navigator in Cape Town because of a video that was misunderstood by many. People thought it was sexist and the navigator decided to step down. Another example is Charles from Dongfeng who knows to build a high performing team from people with very diverse backgrounds, (limited) skills and opposing cultures.

Connecting: Bouwe Bekking from Brunel does a great job to thank his sponsors the minute after he crosses the finish line first in Gothenburg. Next is his team and all people involved. He knows how to engage the critical stakeholders.

Core Learning: the center of the model is to be future fit as a team through continuous learning. Maybe Brunel realised this: after the first 6 legs they occupied the 6th postion in the fleet. The rumour went that Peter, the best sailor in the world, was not able to sail in the dark. He never had learned that during the Olympics or the Americas Cup. But then they started to win everything, Peter is now part of the decision making team, we see him steering the boat a lot and they are in contention to win the race. Or is AkzoNobel the winner of being future fit? Starting with a team that never sailed together (because of bad commissioning) at the start of the race and ending with the 24 hours distance record: over 600 miles a day (meaning 46 km/hour average sailing, no additional power involved!).

Will you come Sunday June 24 to Scheveningen to watch the finish? While writing this piece, I notice that Brunel is now only 12.6 miles behind the leader Dongfeng and they have 530 miles to sail. Still everything is possible!

PS: More about sailing and management in my book Passie voor Presteren. Order it here and you will get it signed and delivered almost as fast as bol.com!  Passion for Performance

Coaching Passion for Performance Sailing No Comments
Next Post