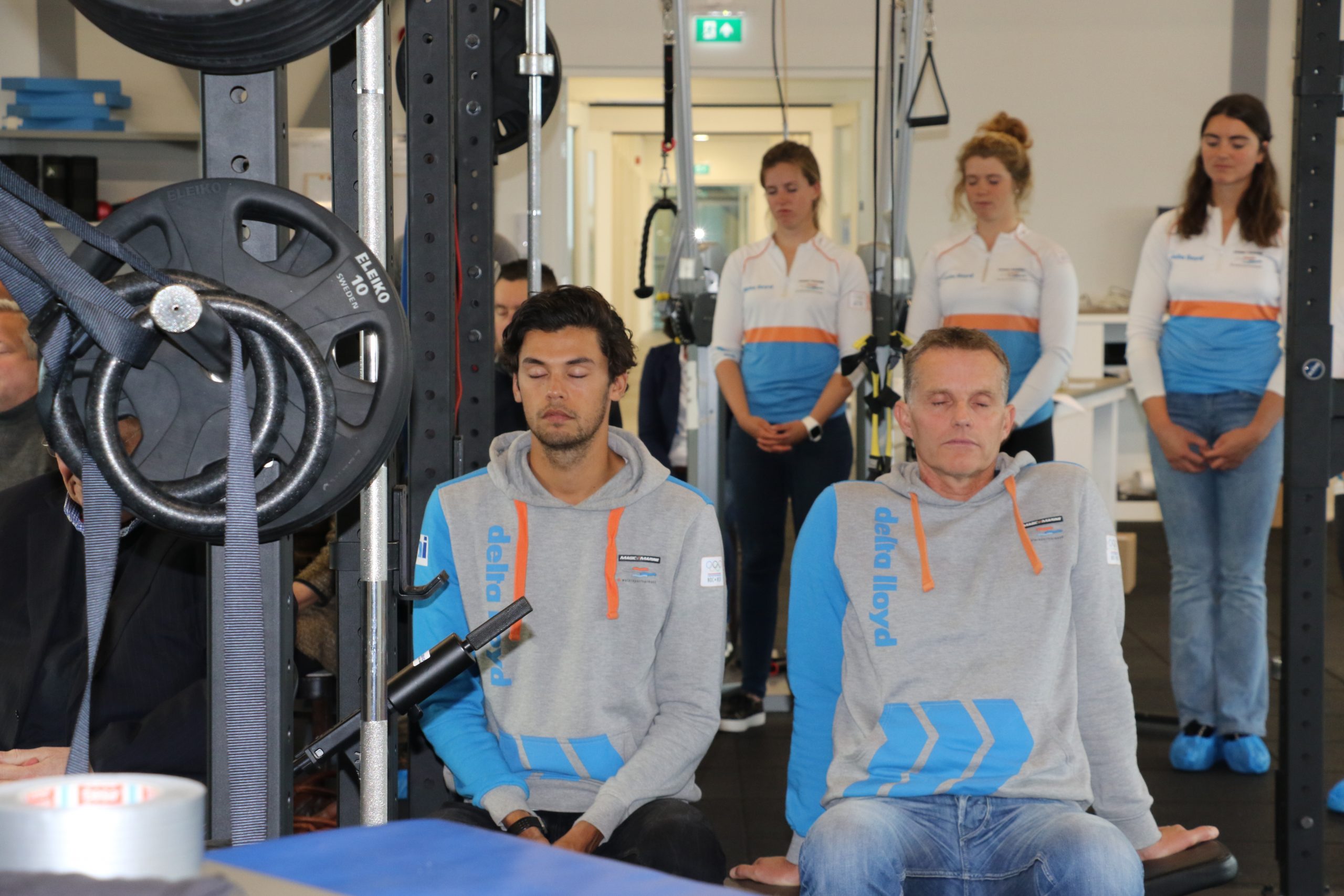 Many emails were sent to many people to attend the presentation of ‘Passie voor Presteren‘, my latest book. It almost felt like spamming them. Together with Marjon Kooistra and the Olympic Head coach sailing Jaap Zielhuis, I designed the workshop and book launch. Our fathers sailed together 45 years ago. We wanted to do something differently. So we organised the launch in the Gym of the National Sailing Center in the harbour of Scheveningen, invited inspiring people and Olympic coaches and sailors facilitated the meeting.

Serge Kats opened the meeting and told the story behind the book. Judith and Maxime (sailing the 49erFX and Laser Radial) had us jump, row and squad as a warming up. I shared one of my insights that performing is not about behaviour and had the audience experience the difference of being in a YES and in a NO state.

Then we went into three workshops. Kiran Badloe shared his story of last weekend where he won silver in Miami at the World Cup Races. It’s all about making the right decisions while living in the RED-zone (heartbeat of 180 beats a minute). You can’t think clearly but need to find the right direction without being distracted by emotions.

Roelof Bouwmeester told us how to coach your sister to gold at the Worlds and Europeans. Next to that Marit was awarded the title world sailor of the year and received a big Rolex. At the Worlds she was 60th after the first day, but he didn’t panic, connected with her, found a rational way of sailing to allow flow to happen the last day. She won. That has never happened before: from 60 to 1.

Jaap Zielhuis and Annemiek Bekkering shared their approach for the high performance boats. It’s creative and innovative. They need to be since the competitors from the UK are 6 (!) times better funded. So how to organise with a limited budget, knowing that your competitors are ahead in these class of boats? The audience participated and they generated many ideas.

Time to close the meeting with handing over my book to the latest sponsor of the Olympic Team: clothing company MUSTO. The brand I always used to wear when I was sailing competitively (if I had enough money). Kiran received a book to support him in his journey to Tokyo in 2020 where he expects to win gold.

With Prosecco and Sushi we ended the meeting toasting on Tokyo. So a big think you to all who have made this possible: Hollandia publishers, Het Watersportverbond, Studiobas, the Global Leaders Academy and of course my father and family. My daughter was head of sales and sold many books and it’s still for sale from this website!

Coaching Innovation Sailing Theory U No Comments
Next Post