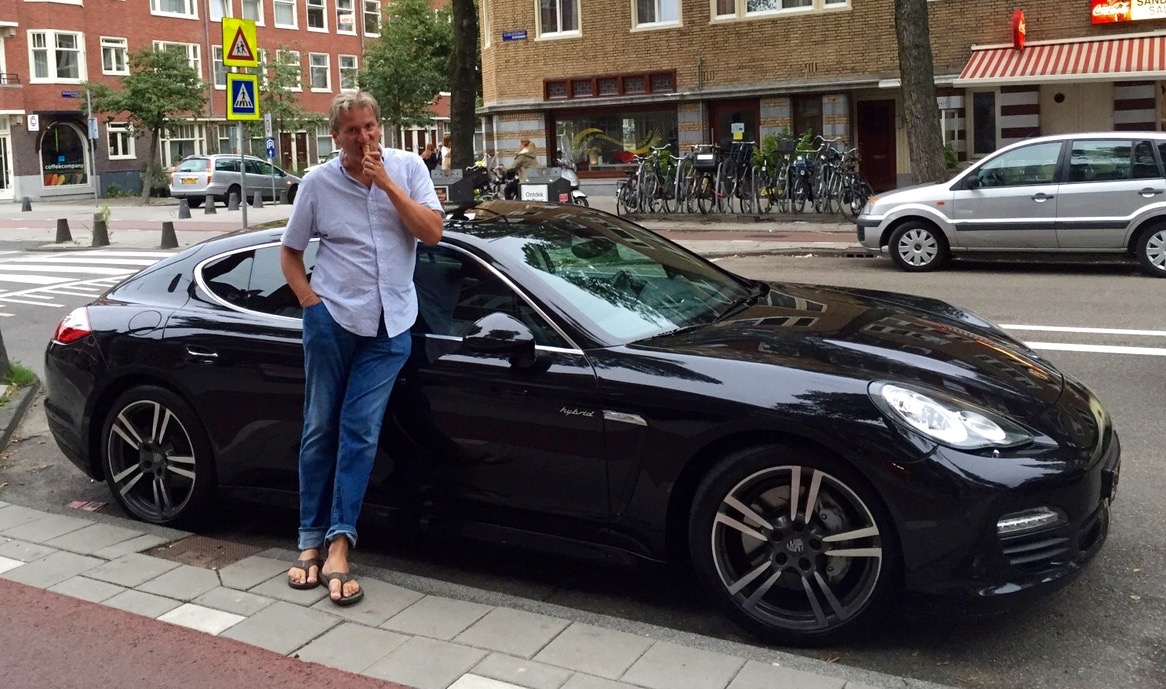 The past weeks I had to trade in the Porsche for a Volkswagen Up. The hybrid system of my car broke down. After days of diagnosing the garage found out it had to do with the airconditioning. The airconditioning? Yes, because something deep down in there was malfunctioning the hybrid system went crazy. They had to order a spare part in Germany. The cost of the spare part was similar to the cost of the Up. I felt upset.

So there was an Up being driven like a GT on the highway. Eyebrows were raised around me. I noticed that the respect for an Up differs from the respect for a Panamera. Although both are black with nice wheels and similar (!?) fuel consumption.

To my surprise, I liked it to drive the Volkswagen and to wander unnoticed over the highway. When the  initial repair didn’t work out, I drove for almost a week a Seat. In white. By now I was used to my new status anonymous. Unnoticed, without glamour it brought me everywhere I needed to go. Why do I drive such a luxurious vessel?

My beloved mother was fond of cars. She always drove the latest model: Mini Cooper, Golf (her friend had a GTI that she admired), Volvo 340 (in bleu and ugly but the latest), Honda Accord in beige with dark brown painted (!) racing stripes, Renault 25 (I bought it from her, it was my second car. One of the first cars with central locking and remote control) and a Citroen XM. Her two brothers drove Porsches. One crashed in it.

So it is the genes. Or not?

Angry with the car that gave up on me already three times this year, I searched the internet for alternatives. I went to several showrooms with sale advertisements and offers for free repairs the upcoming three years. But what to choose? Go for the unnoticed? Buy the other end of the spectrum? What would my family say (that was not too difficult to find out: No way!)? And my clients? Kids on the street won’t put their thumbs up anymore. It is comfortable and the sound system amazing. I love it so much that I wash it every week. By hand. It is not too bad for the environment and when I put fuel in it at the local petrol station, it brings me all the way to Lago di Como. Easily. So I got it back from the garage and it’s parked again in front of the porch.

But it’s a little upsetting to notice how much wheels can influence my temper. What about non-attachment?