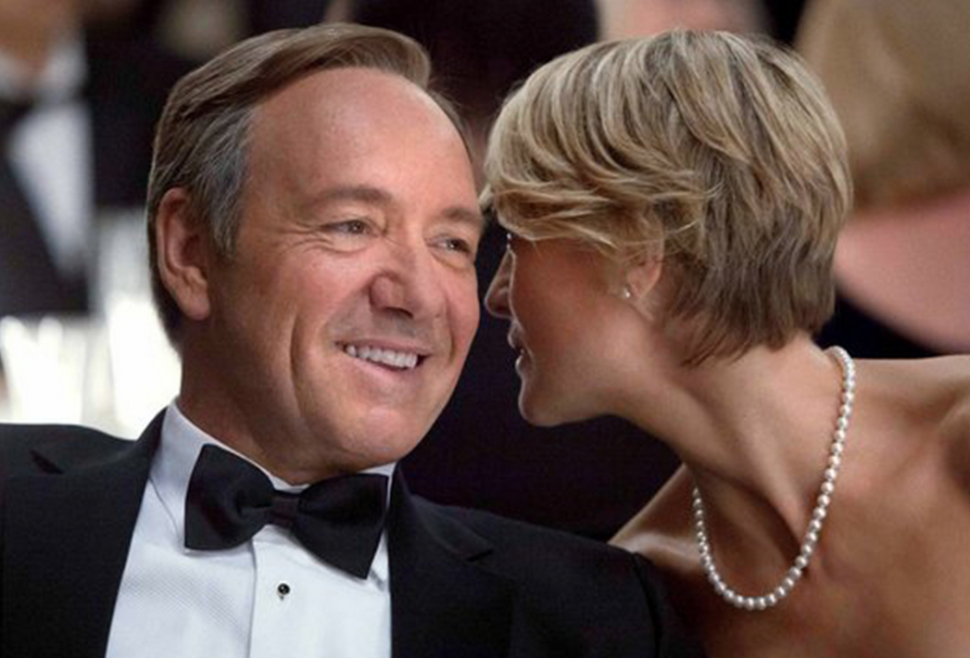 We don’t submit to terror. We make the terror.

These are the last words of season 4 of the House of Cards. What an amazing serie. Every year more intrigue, violence and unpredictable twists. As I wrote earlier in a blog President Underwood and Claire are the masters in choosing the ‘optimum response for the situation’ to increase their power. They are ruthless and immoral. This year the author makes clear his standpoint on female leadership: just as bad.

I’m wondering what the serie tells us about the strategy of Trump and the ones who are fighting him. Would it be the way it is presented in this Netflix program? Probably. Would the Clintons be any better? And Obama? Rutte?

My children learn from their friends at school what Karma is: the intention behind the action. If you do something with a bad intention it will backfire on you. I tend to believe that. In this serie though, we need to have patience. Every time that I think they can’t wrestle themselves out of it, they find a solution.

Last week I lead a workshop for 90 people who are keen to improve the social circumstances (healthcare, unemployment) of the least performing province of The Netherlands. We invited a rapper of 18 years old who shared his life story. At a young age he was taken away from his mother and lived at a boarding school for underprivileged youth. He came into contact with the mental heath system and had a difficult time. He told us that because of the reward system in these institutions (and at school) he never developed his own moral compass. That struck me deeply. He just did what he was rewarded for by the elders. He never had to think for himself what was right and what was wrong. How do we develop our moral compass? The CEO of one of the largest banks told me a few years ago that his co-workers didn’t know anymore what was good and what was bad. According to him the school had a role to fulfill here.

Theory U stresses that the inner condition of the leader or intervenor makes the difference. But we never talk about developing that inner compass. Frank and Claire are fully present, and although Otto Scharmer would call it ‘absencing’, I see two people who are masters in reacting to the changing situation in their personal favor. Through presencing. They lack that inner moral compass, and they don’t miss it. They just make terror.